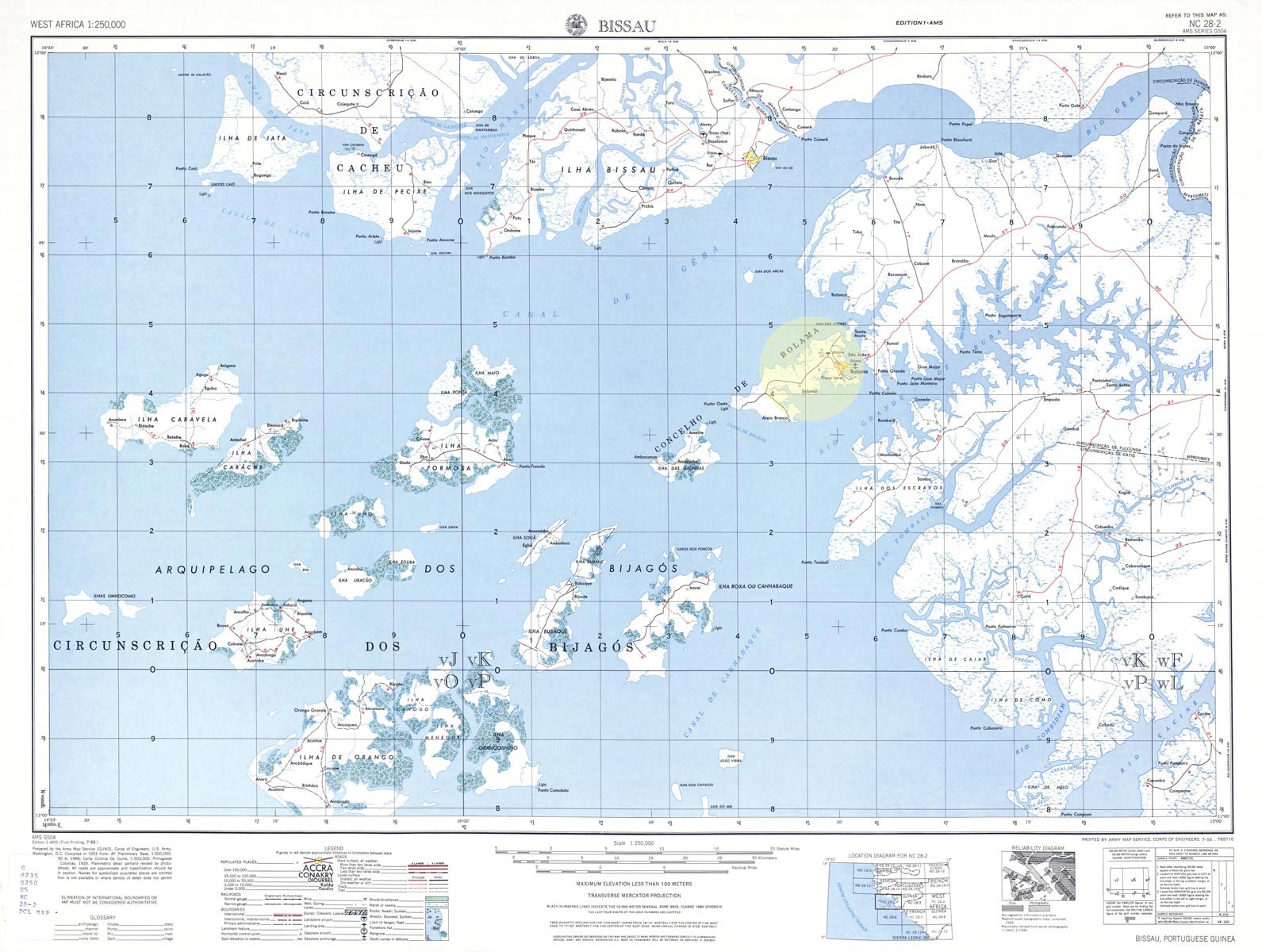 Bolama is the closest of the Bijagós Islands to the mainland of Guinea-Bissau, and is also the name of the island’s main town, the capital of the Bolama Region. Population 10,014 (2008 est).[1]

It is almost surrounded by mangrove swamps and is known for its cashew nuts. Although often visited by local people, the island was apparently uninhabited when British colonists settled it in 1792. Following a series of failures, they abandoned the island in 1794, another colonisation attempt in 1814 also being quickly ended.

The Portuguese also claimed Bolama in 1830 and a dispute developed. In 1860, the British proclaimed the island annexed to Sierra Leone, but in 1870 a commission chaired by Ulysses S. Grant awarded Bolama to Portugal. Subsequently, in 1879, Bolama became the first capital of Portuguese Guinea and remained so until its transfer to Bissau in 1941. Bissau had been founded in 1687 by Portugal as a fortified port and trading center. This transfer was needed due to the shortage of fresh water in Bolama. Bolama later became a seaplane stop, and a seaplane crash in 1931 is commemorated by a statue in the town.

The abandoned houses of the old capital provide a shelter for many thousands of enormous fruit eating bats. Every evening, these bats flock to the mainland, darkening the skies.

A fruit processing plant was built on Bolama shortly after independence of Guinea Bissau, with Dutch foreign aid. This plant produced canned juice and jelly of cashew fruit. However, it could not expand and had to shut down its operations, due to the shortage of fresh water on the island.

Attractions on the island include sandy beaches and the Bolama Governor’s Palace. It is also designated as a biosphere reserve, and the Guinea-Bissauan government is aiming for it to be designated the nation’s first World Heritage Site. A causeway links the island to the Ilha das Cobras.

We use cookies to ensure that we give you the best experience on our website. If you continue to use this site we will assume that you are happy with it.OkPrivacy policy